Lessons From the Jungle

This summer I was fortunate enough to be able to join the Sumner lab for a field season out in Trinidad. My role was as a research assistant as part of a four-person team working on two projects looking at species of tropical social wasps. This first was examining caste plasticity across age groups, and the second the value of males in helping their natal nest. Our ‘mission’ for the summer was to undertake the fieldwork aspects of these two projects which were already underway in back in Bristol.

Having never been to the Neotropics before, I was tremendously excited to experience first-hand the flora and fauna which I had spent my childhood reading about and watching on Attenborough documentaries!

So what did I, a somewhat naïve young entomologist, actually learn whilst ‘in the bush’? 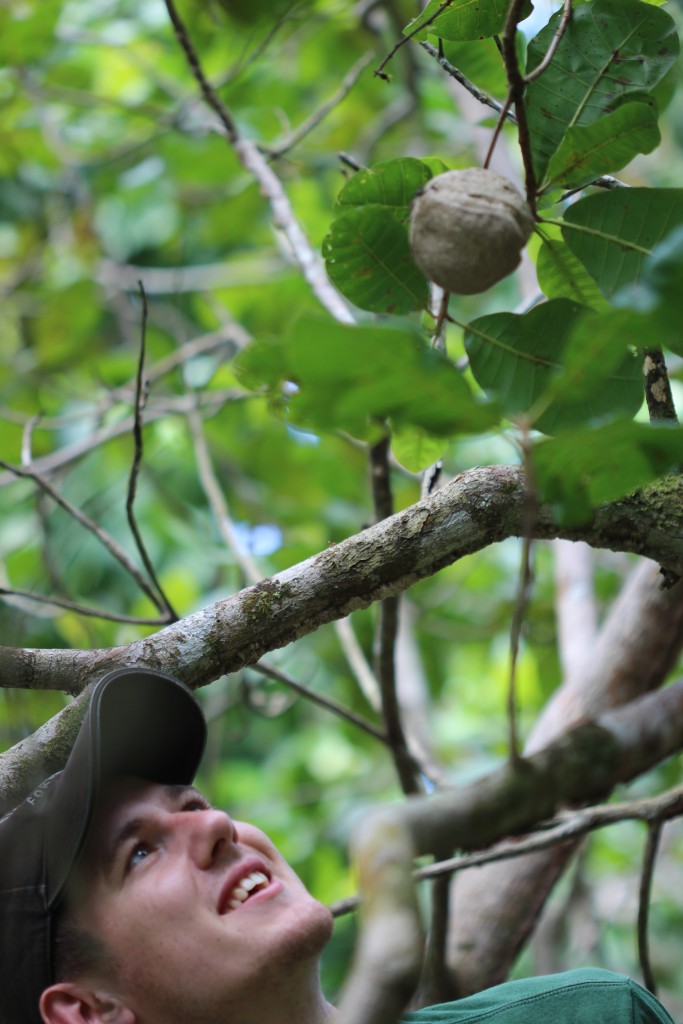 I knew beforehand that the work we would be carrying out would ‘feel’ different from the kind I was used to in more temperate climes; but I had failed to realise just how much more challenging everything would be! I certainly took some time to get used to the warmer temperatures, but it was the humidity that was the biggest climatic challenge. Even simple task become more tiring in these conditions, but for me the additional challenge made it all the more exciting!

Having carried out a fair amount of fieldwork before, I was all too aware that once you step out of the lab into the great outdoors it is not unusual for something go amiss. However, what I soon learnt was that no matter how meticulously you plan and prepare, you are almost guaranteed that something will go wrong! This seems to be an inherent reality of working with something as complex as a functioning ecosystems; the fact remains that nature truly is unpredictable!

However, I soon learnt the valuable lesson that things going wrong is not the end of the world! No matter how disastrous the circumstances may appear, most of
the time problems can be solved with a little reasoning, ingenuity and perseverance. I was lucky enough to be part of team which were experienced enough to know that a detailed yet flexible plan is the best way to equip yourself to deal with these issues once they arise. 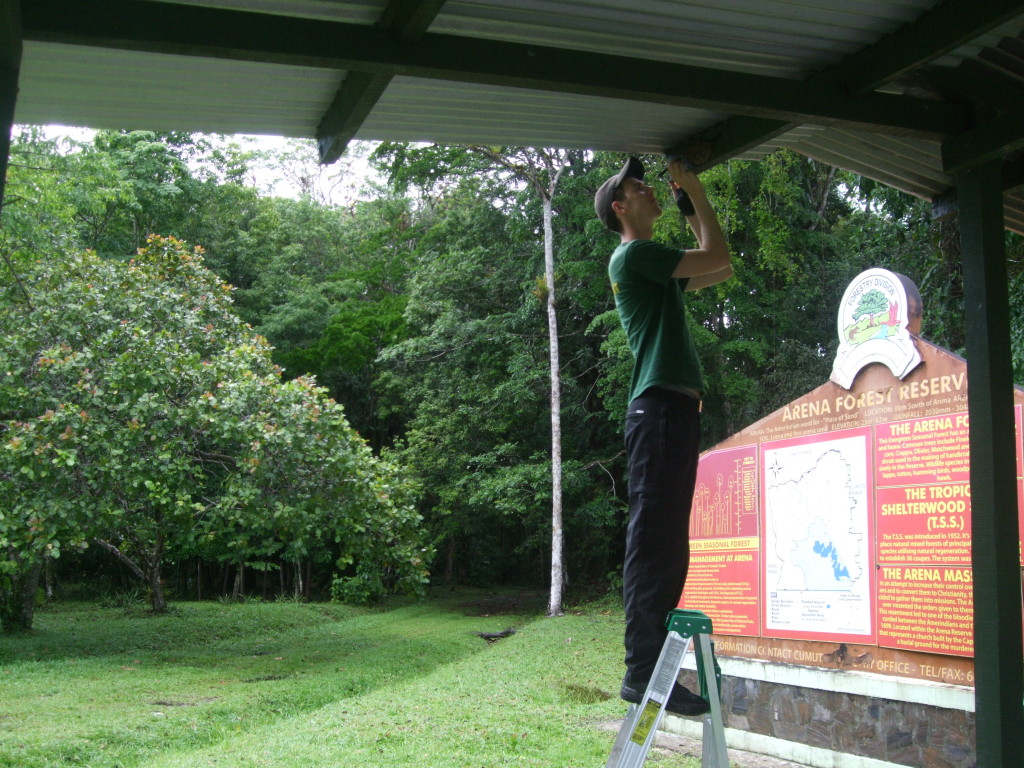 I thought that initially finding the nests which we would study would be relatively straightforward. Surely it would simply be a case of spending a few hours searching the appropriate habitat? Wrong. It turns out that suitable nests were much harder to come by than I expected. Of course this was not helped by an apparent reduced abundance of nests compared with the previous year. Fortunately, our focal species seem to have a soft spot for man-made structures, so by methodically examining all the suitable looking buildings we could find we were just about able to find enough nests. Unfortunately for us the wasps preferred sites with minimal disturbance, which meant most of the time we found them in the kind of places people (including researchers) don’t want to go! 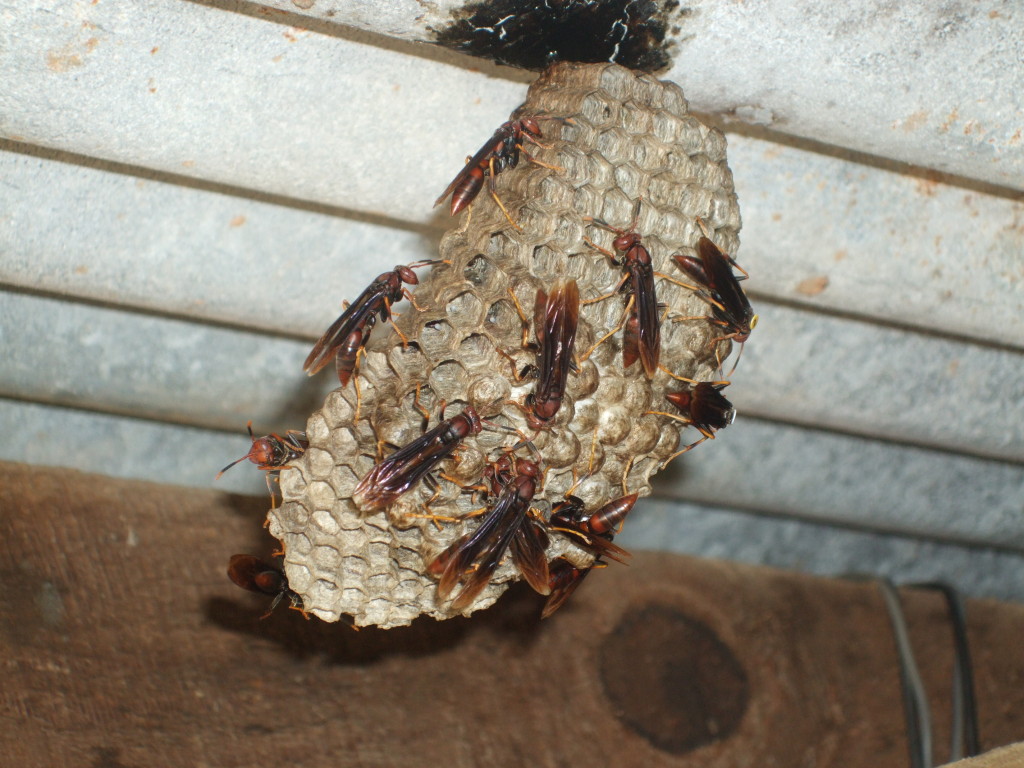 So apparently wasp are not too agreeable to having parts of their nest removed and being marked; who knew? Fortunately, we quickly developed our techniques to be as least intrusive as possible, with painful stings the perfect motivation for us to get it right! However, sometimes it’s just not your day and a wasp will
manage to sting your through a glove or somehow find the most minute area of exposed skin. If the Trinidadians are to be believed then this coincides with a full moon, as according to multiple sources, the lunar cycle influences their level of aggression. At this time I remain sceptical, but due to the sheer number of people who swore it was true, perhaps this warrants further investigation? Although on second thoughts I’d prefer not to be the poor soul who finds out! 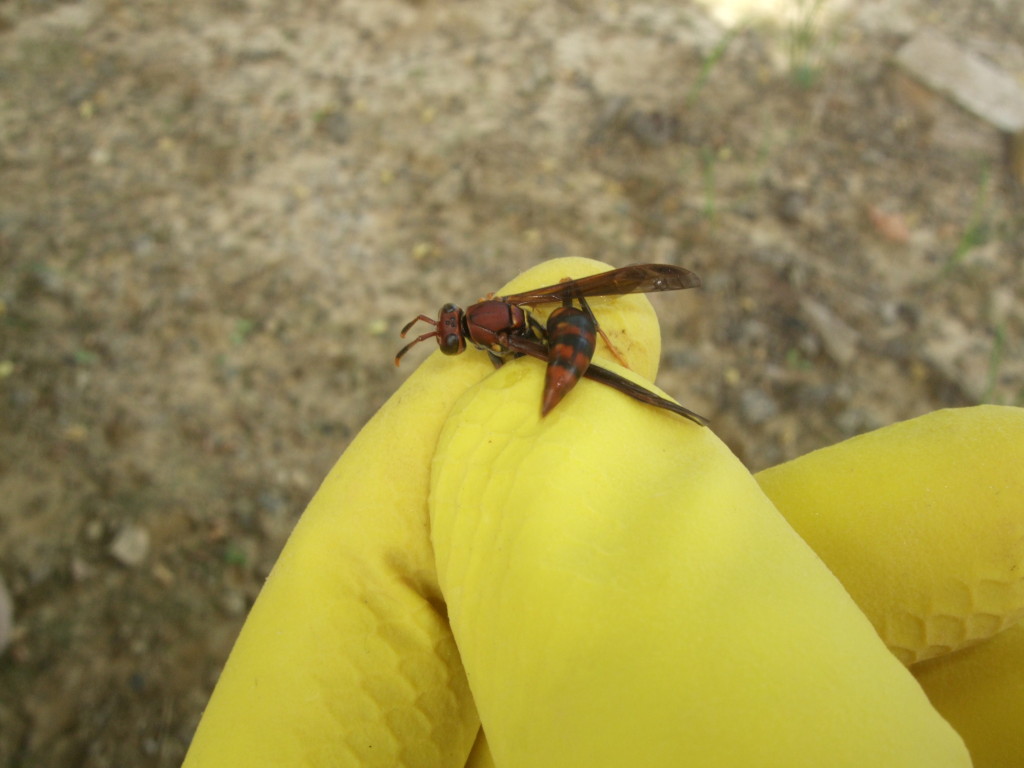 The Trinidadian public were very friendly and somewhat curious, so naturally we often found ourselves explaining what on earth we were doing poking around ‘jep’ nests. However, sometimes no matter how long we spent explaining the value of wasps as a tool to study social evolution, they still can’t seem to get past the conclusion that they should be destroyed with fire. Oh well, you can’t win them all…