We went to sample some Vespa crabro workers at the end of the summer. MSci student Iona had previously located the active nest within a public park. PhD student Owen and Lewis joined the fieldtrip one Friday afternoon in North London. Postdoc Emeline brought tubes and protective gear, while Hornet expert John arrived with an appropriate net.

The nest was busy with workers and (at least) one male going in and out of the tree hole. At this time of the year, the reproductive queen has often died and the workers are left without a nursery job (read more here). The workers go out to forage, and it is becoming more and more difficult to find sugar and protein in the urban park in October. 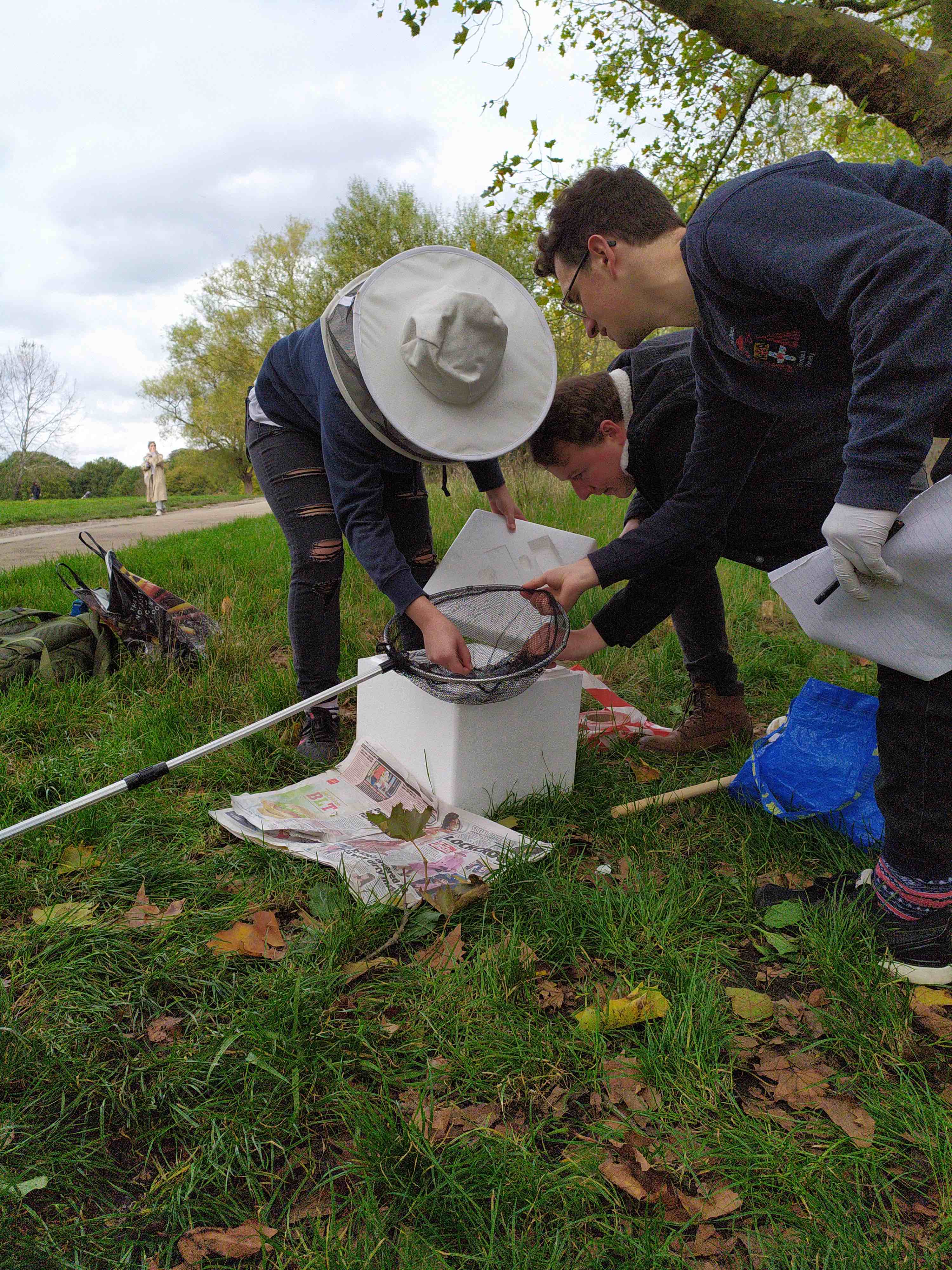 Capturing hornets in a urban park

We soon settled in a chain of sampling tasks. John catches the worker in the net, Iona keeps it still on dry ice, Lewis and Owen secure the sample into liquid nitrogen. Meanwhile Emeline keeps the public away from the sampling site by answering queries (“are those bees?”, “Are these native?”) and encouraging the scientific curiosity (“did you know that some rare species live in hornet nests? Think about the biodiversity”).

At the end of the session, we got all samples secured. We packed our kits and left some strawberry jam for the late workers: a bit of sugar and protein goes a long way for these soon-to-die workers.